It’s Saturday. On Friday Josh and I waited on a sun-drenched bench for an appointment next door to The Wanderers Bowling club.

“Bowling could be fun. I could be outside and active even if I’m not strong yet.” Josh said.

I tapped out an email to the club captain, briefly explaining Joshua’s situation and asking if they have “try out lessons”. Within a few hours Josh had invites to watch a provincial match and two different offers to get on the lawn and try out. These are the extraordinary ordinary people moving fast.

Ron, who has the dubious honour of guiding Josh and I through our first test run at bowls, points out an elderly Hungarian Olympic boxer. He drops the names of ex-cricketers who I am sure I should recognise. Field bowling attracts a lot of retired professional sports men and women and Ron seems to know them all.

“Right, Josh. Let’s see if you are strong enough to play. This white ball is called the jack. See if you can roll it across the lawn. Try and get it to stop at Greg’s feet.” Greg is Ron’s son. He’s seventeen and that, I discover, is a miracle in itself. At (I think) the age of seven, a botched appendectomy infected him with a flesh-eating bacteria. He wasn’t expected to live.

“I know all about being told your child is going to die,” Ron had told me when we chatted prior to the lesson, “you wont find any judgement here.”

“Well done Josh!” Greg calls, “He’s got a great line.” He tells me. I don’t know what that means but I’m charmed by his encouragement. Josh grins.

“This is great.” Josh whispers.

Whilst Ron crackles with energy, wise-cracking his way through the session. Greg is one of those big, teenagers who appear not quite to have grown into a man’s skin. He flip-flops between the confidence of a man demonstrating mastery in his sport and the embarrassed, eyes-down good manners of a kid talking to an adult.

“Get lower to the ground, if you can, Josh.” he calls, “the lower you go the further the ball will roll.” Josh bends low but the big bowling ball doesn’t make it to the other end.

“Greg did a stint in hospital and when he came out he was in a wheelchair and really weak. We got him onto the field and within a few months he was playing again. We could do that for Josh too.” Ron says. Then, to his son, “Greg, bring Joshua’s mat forward, so the jack isn’t so far.”

Ron isn’t a professional sportsman or a medic. He confides that work pressures stopped him continuing to coach the under 19 provincial team. Now he comes out on a Saturday and coaches any kids who want to play.

It’s clear he loves the game, I think, as he cheerfully reminisces about matches he’s played with everyone from sporting greats to his Dad and his son. His enthusiasm is infectious. Within only a few minutes Josh is plotting how he will gain enough strength to play in club tournaments.

Being an one of the extraordinary ordinary people, it seems, doesn’t need well-wishing or mindful wording. Ron is a far from the “love and light” crowd as its possible to imagine. He doesn’t seem to think of himself as doing anything special. But I think it’s special. It’s special because, in less than an hour, Ron has managed to rekindle an enthusiasm for physical activities in Josh that cancer had robbed.

As we drive home, I see the glint in Joshua’s eye.

“You know Mum,” he says, “there aren’t too many kids in this sport. I could probably get colours for this.” 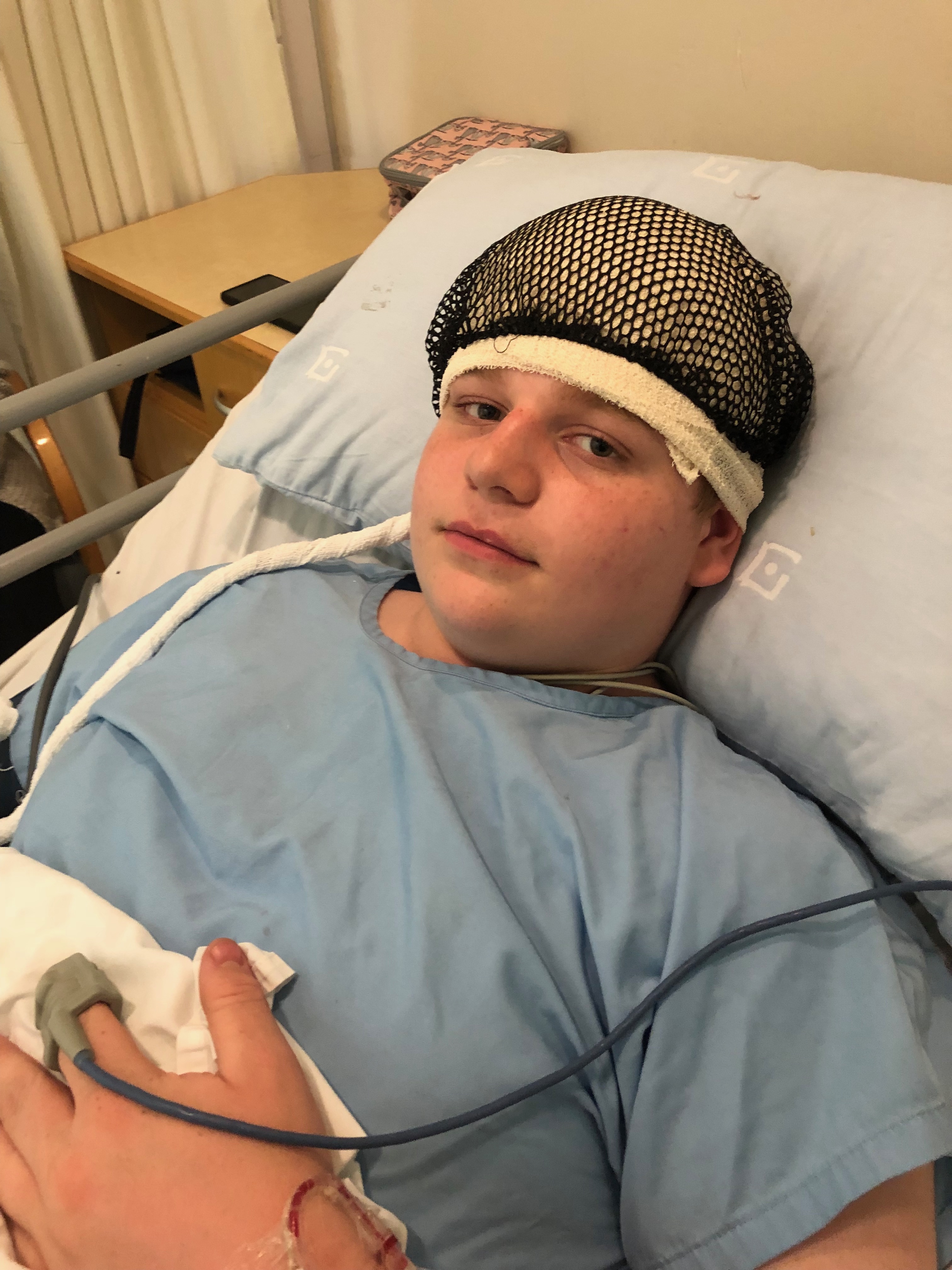 It’s no way to live