“Just think of the hassle,” Shannon tells me. “The insurance claim.”

“The trip to the loony bin would be a bind.” He starts the car and turns out of the parking lot in the opposite direction to The Rude Woman. I’ve been begging him to “Kathy Bates” The Rude Woman’s car. The Rude Woman, cut the queue for the lifts in Rosebank Mall on Saturday. Then, to add insult to injury, she didn’t have her parking ticket ready at the car park pay station. In addition to stealing my spot in the lift she delayed me by literally SECONDS in the parking.

If that wasn’t enough, one of the local schools has hired two (two!) security guards to direct visitors to park on the verge. The verge! There is perfectly good on-street parking and the school has an often-empty parking lot (reserved for teachers, I assume).

“Can you see the damage the cars are doing to the path and the grass?” I rant at the guards as I dial the security company’s switchboard for the third day in a row.

Once the control room has pretended that my phone reception is cutting out AGAIN, I phone Shannon at work to rant. He’s treasurer of the local Rate Payers Association; I demand they get involved.

“You don’t think you might have a teeny, tiny, rage issue?” He foolishly asks. I understand why he has stopped working from home. I put the phone down without responding. Later I Google baseball bats and try to recall the name of the movie where Michael Douglas’ character begins destroying things after ordering breakfast seconds after the morning menu has closed. Falling Down, I think.

Of course I have a bloody rage issue.

Josh did everything right. He ate well, exercised, looked after himself, engaged socially, took his vitamins, and performed academically. A still he contracted a CANCER THAT KIDS DON’T GET. Even when he was diagnosed he kept a positive attitude and stuck to the grimmest of treatment schedules. He invested huge effort into making his sickness bearable for everyone else. He was cheerful and compliant with everyone from the surgeons and oncologists to nurses and hospital orderlies. He was even nice to the moody hospital catering lady. He was inspiring and optimistic to his friends. AND IT WASN’T ENOUGH.

Don’t even whisper to me about anger being a “normal” part of grieving. I am not angry. I am incandescent. I am wrathful. The very mention of Ms Kubler-Ross and her grief curves will elicit a head-exploding stare from me. I don’t recommend it.

I know (thank you therapist friends) that my rage is misdirected. The problem is who to be cross with? Josh, who didn’t deserve this? His medical team, who gave us eleven “extra-time” months? His friends? The school? Me? Shannon?

There is no one to blame.

And I am still furious.

Beneath the Innocent Child in Prayer 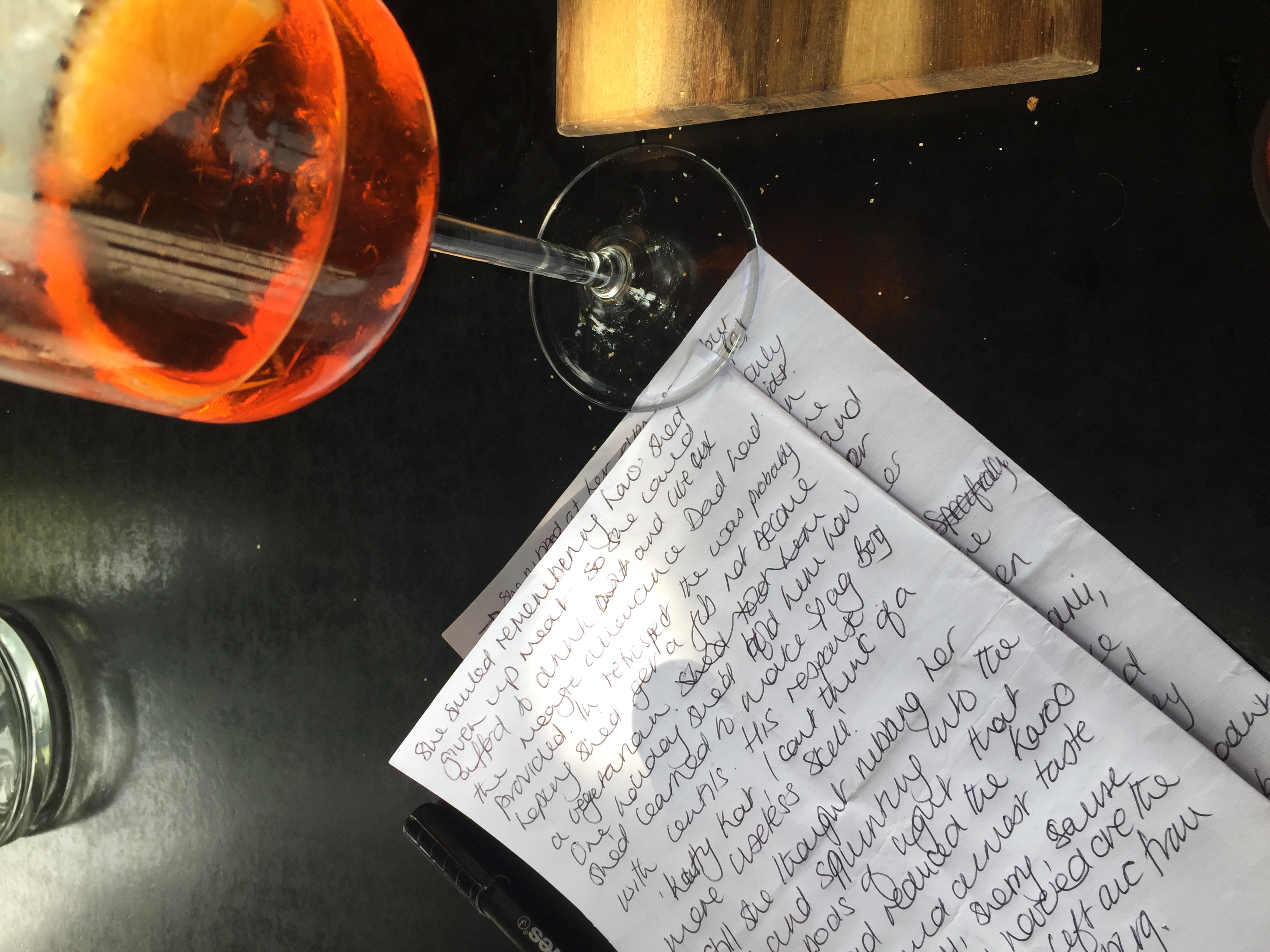 A month of anxiety day 7 – Vegans