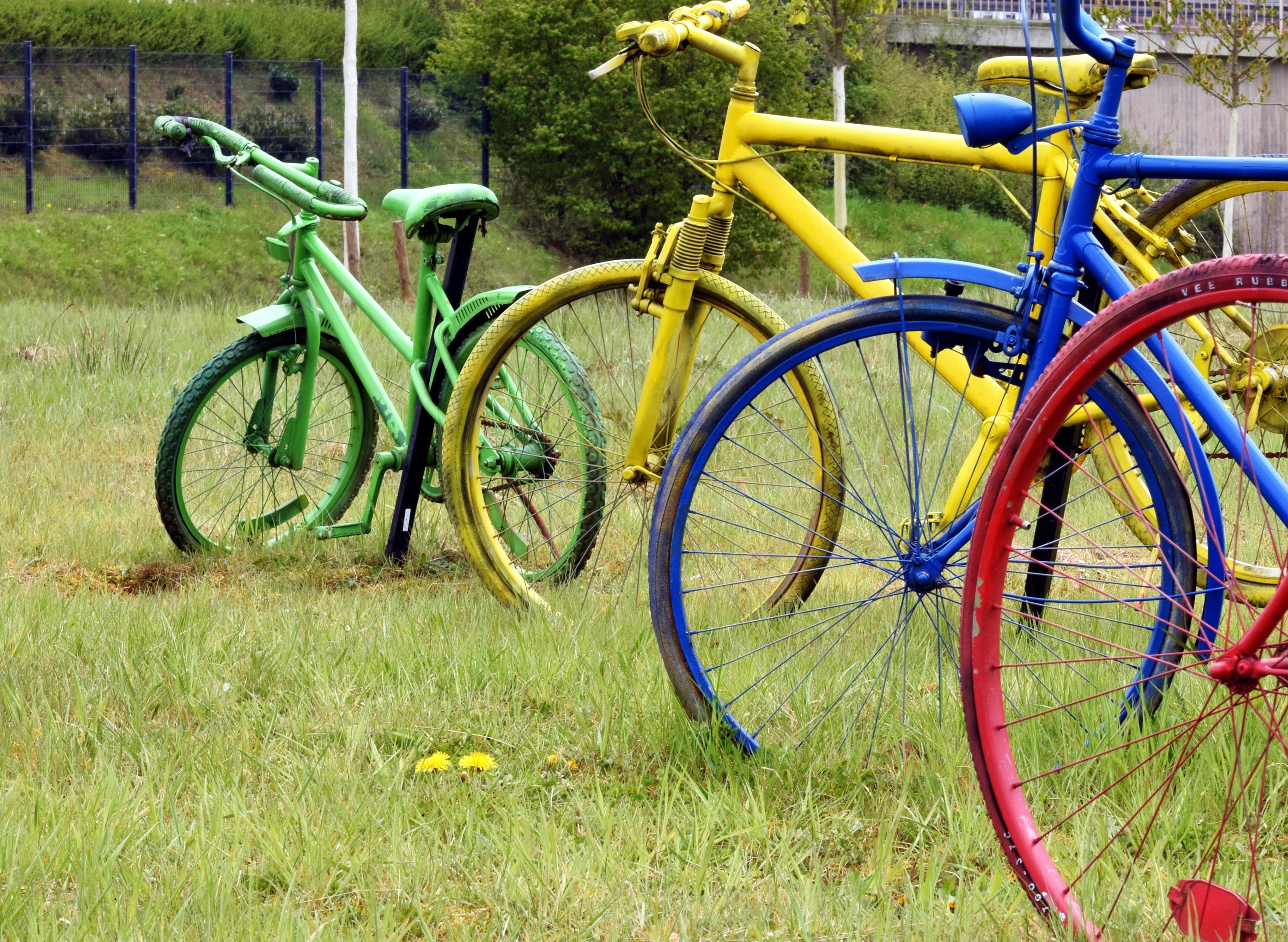 Jane Pickard lived down the road from me as a kid. Her Dad was the local plumber and they lived in a big rambling house that he was refurbishing. The house sat back, across a gently banked field from the lane into the valley. For a time, in the summer of 1980, Jane and I were friends. I played my first game of pin-the-tail-on-the-donkey at her birthday party. I squealed with terrified delight and had my head chopped off there playing oranges-and-lemons at that same party. I don’t remember if Jane didn’t have ponies or if it was just that her access to riding was less free than mine. I do remember dropping in on horse-back and feeling a self-satisfied superiority on the horse front in general.

But it bicycles not ponies that moved our friendship. To an outsider my bike was a hand-me-down from my brother. To me it was an honour bestowed upon me by my older, wiser and infinitely more worthy sibling. Before passing the bike along he’d taken the time to repaint the body in lavish dark red gloss paint: something between ruby and oxblood. The mudguards were shiny bright cobalt. A two wheeled Rolls Royce. Jane’s bike, a handsome ride in it’s own right, was a sky blue chopper: low slung with deeply curved u-shaped handle-bars.

As the long summer days drifted into even longer evenings, we filled the hours riding those bikes through the valley and up to the village post office for Cola Bottles and Midget Gems. We freewheeled, screaming, down the steep winding road past The Turkey Inn with the scent of their roast beef sandwiches and pickled onions sharp in our noses. Then cycled home again via the bridal path. Our chunky little girl legs pumped faster and faster near the reservoir where, legend had it, a woman’s murdered body had been found bloated and rotting in the water. We squealed and titillated ourselves with stories of the Yorkshire Ripper and Russian spies and Terry Wogan and Princess Anne in the Olympics. And Moonraker.

One day, as the summer holidays meandered their way towards the bleak start of a new school year, I arrived at Jane’s house to find that everything had changed. Her bike had changed. Jane had changed.

Jane had placed a sign across those deep U-shaped handle-bars. The sign, perhaps once the back board of an exam pad with a sheet of white paper Pritt-sticked onto it now read, in bold, pink bubble letters, “James Bond’s girlfriend”.

As an adult the James Bond of 1980 is without doubt a sexist, smarmy vaguely creepy character. But my nine-year-old self didn’t agree. James Bond was romance and adventure and intrigue and good-beating-bad all rolled up into a tuxedo-clad package.

And Jane Pickard had only gone and declared herself his girlfriend.

And put it on her bike.

I couldn’t decide if I was more jealous of her status or her idea to put up the sign. Either way, my pony-fuelled bubble was burst and the friendship stalled.

I will admit, shamefacedly, it was the first but not the last time envy would make me like someone a little bit less.

Beneath the Innocent Child in Prayer